These portraits were taken during the festival Khoj Dus Tak in Khirkii Village, Delhi. An old idea of a photobooth was used to invite the local community into the newly renovated building of Khoj – International Artists’ Association which has been based in the area for the last ten years. Paying a minimal price of 15 rupees everybody could come, get his/her picture clicked and receive a print. Among my sitters there were Khoj’s interns, festival’s contributors, children from the neighboring houses who, as I assume, never owned a printed photograph of their own, local policeman, member of Khirkii b-boys group, and even a Swiss ambassador.

About Khoj and Khirki:
Over the years, Khoj’s engagement with Khirki – the location, its (often changing) inhabitants and its surrounding areas, have given various artists the opportunity to facilitate creative workshops, events, research projects and other participatory activities with different sections of the community. The community program at Khoj has always been led by the Khirki extension community to produce collective visions and ideas about creative and urban development. The dialogue with the community is a continuous process of engagement, withdrawal and intervention; the act of participation that can translate into a process of introspection, evaluation and action, initiates the potential of social transformation. 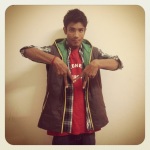 Radhika and Hera from Delhi, she works in an NGO, he runs Khirkii bboy group Tiny Drops. 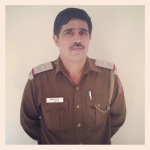 Frank with wife and daughter, works for a new agency in New Delhi

A girl from Khirkii village 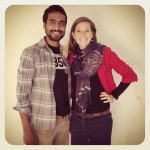 Lochan from Bangalore and Mira from Berlin, work for NGOs in Udaipur

Karolina Gembara is a documentary photographer living between Warsaw and Delhi
www.karolinagembara.com