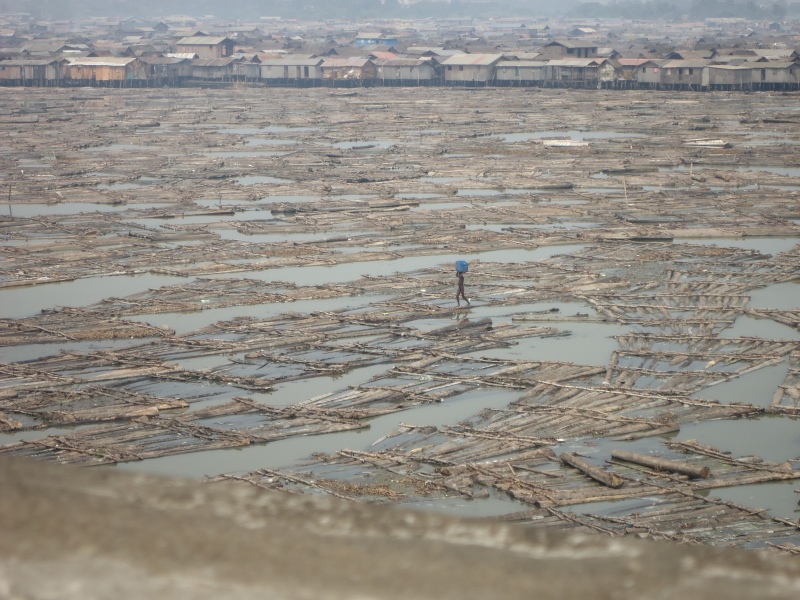 “Free spirit in the Lagos Lagoon” New Year’s Eve 2011 (Lagos, Nigeria)
A neighbourhood on stilts in Lagos as seen from the Third Mainland Bridge. The rafts lying in the lagoon are being soaked before they’re brought out to be seasoned. In the meantime, they serve as floats for this fine gentleman to go out and do his water business and shower business and bathroom business… 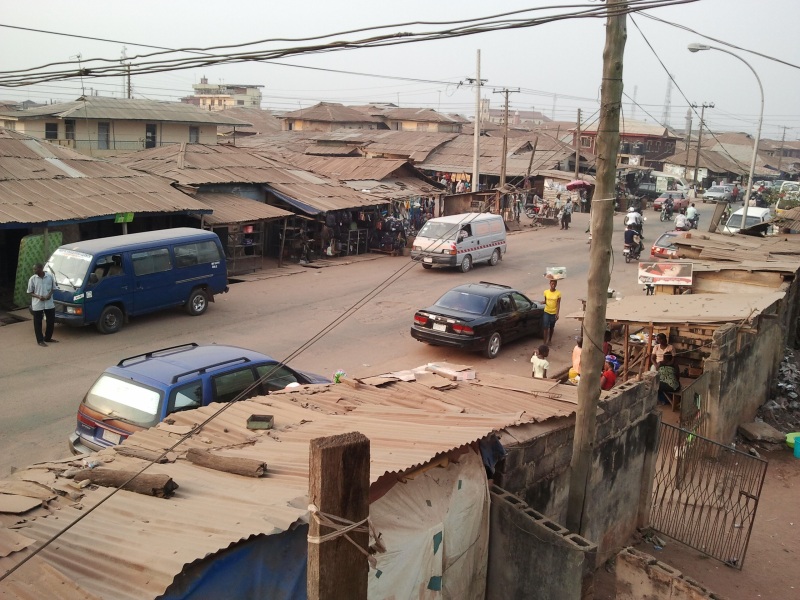 “Home on the Range” December 19, 2011 (Sagamu, Nigeria)
I never saw the point in taking a picture of the neighbourhood where I grew up until I returned after two years away. This route is where most of my childhood happened. It’s also the inspiration behind my short story turned novel-in-progress, “Cinema Road”.
(Stay tuned for Issue Four of Outside In, in which we’ll feature “Cinema Road”!) 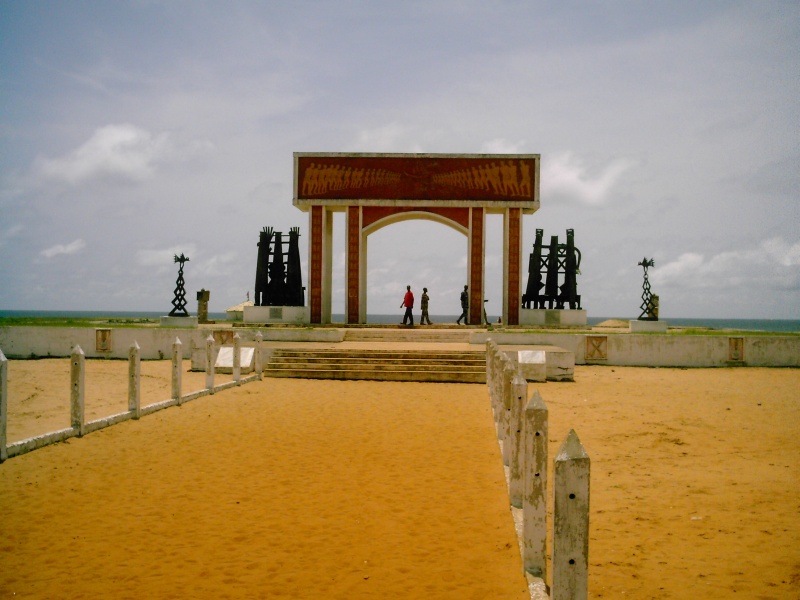 “Door of no Return” October 3, 2008 (Ouidah, Republic of Benin)
A few hundred years ago, some regal-feeling guys on this side of the Atlantic introduced their hardworking brothers and cousins to some new business partners waiting to give them a lift to a swanky operating site. Once they crossed portals like this one (there are similar ones in Ghana and Nigeria), that was the last they saw of their families. One of those who took this particular door happened to be an ancestor of Emmitt Smith.
—
Ope Olum’degun is a fiction writer who prefers to read non-fiction. He moved to the US from Nigeria in 2009 and is currently in the MA in Writing program at Johns Hopkins University. When he isn’t selling books and magazines to finicky Washingtonians, he’s developing and writing a radio drama series for the National Museum of African Art.