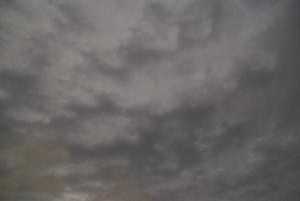 Gray. Depressing. Cold. No shower. Even though it was the end of February, spring was somewhere else. Somehow, after falling asleep after running, I dragged myself out of bed for the second time. No sun anywhere. Pulling on bag lady clothes I’d been wearing for three weeks, the temptation to not walk to the hospital was almost impossible to resist. The hospital was only a 15 min walk, but the room in the Soviet block would be only a few degrees warmer and smelly with bleach, unwashed hair and mold.

Deciding to hibernate later, I smeared on eyeliner (a necessity to prove myself creditable with various women) and quickly left the house carrying a plastic bag of recently purchased art supplies.

The group of youth at the hospital before me; with the assistance of the cleaning lady they had already opened the door and turned on the petch (gas stove). It smelled awful, and the children hadn’t even arrived. Greetings and smiles and cheek kisses. The contents of my bag were unceremoniously dumped onto the low table; finger paint and glitter falling into a small heap that looked horridly bright in contrast to the dull table, the shelf of broken toys, and the stained walls. The large sheets of poster paper were rescued from the clutches of a greedy nurse (who had already pocketed various art supplies). The children arrived. Layers of coats, scarves, sweaters removed, outside shoes exchanged for indoor slippers, hair smoothed, smiles fixed.

Introductions were always awkward even though the youth and I had been visiting the hospital for over two months. The children sometimes didn’t remember us; sometimes they would cower in fear at the face of someone they had met before. These children had been categorized as special needs, hidden away, ignored, and treated as the manifestation of any sort of shame the family had in its past or present. But the children were here; someone had agreed to let this room be used for ‘therapy and education.’ The assembled accouterments consisted of several mats, a low table, an endless pile of broken toys, dolls and educational tools designed to teach the children how to open doors, pull zippers, and tie shoes. There were a few new children this time; a brother and sister (with Down Syndrome) and a dark haired girl, who looked like she was 10 or 12. She was just short of terrified, and immediately clung to my hand with a desperate mixture of fear and uncertainty. We exchanged smiles, but it was several minutes before she would tell me her name; it was Kaməәla. It was several more minutes before she understood that we shared the same name, a revelation that produced a smile and an excited hug. For the rest of the morning she would ask me what my name was, just to make sure – each time I answered, another smile, another hug. (When I first arrived in Ismailli most people couldn’t pronounce my name, so I was renamed Kaməәla, which – I understand – means, very smart and unusual.)

Eventually, we were able to coax the children into low chairs, and showed them the bright palates of color. The children, the youth, the parents, all looked at me; confused and unsure what to do next. We had colored, cut paper, glued bits to paper, but never finger painted. I guided Leyla’s index finger first into water then into green and then onto paper; she scribbled wide dark lines across the paper, looked up and laughed at her audience. The children looked questioningly at us, the adults and youth; then a moment later flew at the colors with happiness. Each of the youth carefully tried to supervise a child, however it was quickly apparent that neither the youth nor the children had ever played with paints before, allowing neatness to be pushed aside by bold swaths of color. Tural, age 7, decided after some experiments with yellow and orange, that black was best, and did his best to promote black all over the paper, adding small dots with his thumb. Kaməәla, age 14, tried each color, starting with orange, ending with green and then returned to and stayed with blue, scooping out piles of paint and using her palm to mix blue with every color on the paper. The brother and sister (who names and ages I was never told) were fond of orange and thought it fun to first smudge the paper, then their hands and then the faces of their neighbors with watery color.

The youth and I visited the hospital almost every week throughout that spring. Art piled up in colored heaps and we taught the children the Azerbaijani and English names of their favorite color.

I returned from summer holiday, and decided to make a quick trip back to Ismailli in between the Baku meetings. I was informed by two nurses that Kaməәla had died from a cold. No one really knew when she had died. Someone had heard from someone who knew someone, who knew someone who thought that it might be a good idea to inform the nurses. I had doubts about the ‘cold’ but didn’t have the heart to question the nurses further; they smirked at my look of confused sadness and shrugged their shoulders. I left the hospital.

Sometime during the day I became quite angry at something rather insignificant, but it seemed justified; she had died and I wanted to care more, wanted to understand why, wanted to hate myself for failing to do a better job (though I am not sure what that ‘better job’ would have been); wanted the reinforcement that maybe she had found some joy in playing with finger paints and being a fourteen year old girl who liked the color blue.

It’s a failure in the grand scope. The room is closed waiting for a bribe to open it. The nurses wanted me to give them money. The children are back at their homes. The parents have vilified me for not writing a grant for something besides art supplies. I have seen the brother and sister, whose parents have taught them to garden, working in the Heydar Aliyev park.

The hidden, derelict and marginalized attract her; with a desire for adrenaline rushes and a love of heights, Colleen has photographed everything from abandoned highrises in Detroit to Particle Colliders in Russia. With an eye for portraits, a belief that everyone has a story, and a love of drains, she has been wandering through foreign countries since 2007. Accused of being a spy, a prostitute and a missionary; having repelled down elevator shafts, been caught up in political protests and nearly arrested, she has developed a fearless approch to photography seeking out the moments both violent and peaceful that give life meaning.