This month, we’re excited to include essays from the likes of an American doctor in an Indian emergency room, an Indian MBA student learning to recognize American currency (the hard way), and a four-wheelin’ Indian woman on a cattle ranch in Australia. You’ll also find a beaauuuuutiful videostory of an Australian guy’s adventures in India and beyond, which (be warned) might make you feel like a wee bit of a jerk if you sit in a cubicle for too many minutes of your days.

Basically, the main hub of Issue Three is good ol’ Bharat Mata, AKA Hindustan, AKA India. But, to be sure the western world got a proper shout out, we also included a book excerpt from a self-described Australian larrikin who’s lost his sight, a narrative journey through Southern France by a woman who’ll leave you hungry, and some Scottish fiction by our now regular Miriam Vaswani. We also moved over a fast-paced n’ true piece on culture shock, written for last month’s issue, which we accidentally kind of buried in a tab no one used.

For photo essays, we’ve chosen to give you glimpses into the life of an Antarctic cook, an American soldier, a Nigerian native, and (of course) into the suuuuper dramatic black and white home of the Loch Ness monster, by our own Susanna Wickes.

We’re also excited to announce that we’ve introduced Microjourneys to our repertoire — short lil’ stories of five sentences or less, which can be found here.

As for us, Susanna has been busy in Scotland, making über important zombie public service announcements (because you know the threat is at least a little bit legit) like this, and (just as I suspected) I found the way to my next chapter in no time!

I’m now working in a remote flyfishing lodge, which is a twenty minute flight from Iliamna, Alaska (Google it – Iliamna itself has a population of just 109!) and I’ll be here until the end of September. When I emerge, the goal is to do so with books written. (Although, if Susanna’s assumption that zombies are soon to stagger the earth proves true, I’m staying put and living off the land.)

As always, we’re accepting submissions for our next issue on all topics travel-related and/or stuff relating to getting up to your elbows in a new type of experience. (Is that a too-American way of saying that? Basically, we want to introduce all sorts of types of people and the ways they live to other people and the way they live. So, if you’re off the grid, or on it, or somewhere in the middle living your own kind of way, write to us.)

With love and adoration until next time,
Brandi Dawn Henderson & Susanna Wickes
Your Co-Editors 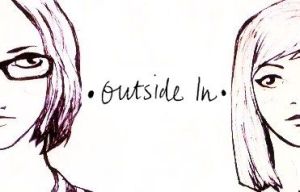